Summary: If you want a brag worthy, cool-features-to-show-off toting, slim, sexy, water resistant, bad-ass, MOTHER FUCKING PORSCHE of a phone, get this one. And get an extra charger.

I don’t usually rave about things I have; I’m the quiet consumer who researches my purchases and keeps my opinions about my stuff to myself until someone asks me about it. I keep a silent pride in my belongings so as not to brag about them. Recently, my phone changed that.

BECAUSE IT IS FUCKING AMAZING.

I do not work for Motorola, nor have I ever. I am not being paid by them in any way shape or form (but if anyone at Motorola is reading this and wants to send me a 360 watch, I will unashamedly rock it). What I am, is a tech enthusiast. And by enthusiast, I mean I wrote my first C program at the age of 7 (and currently speak Java, Javascript -they’re NOT the same!-, Python and PHP), I’ve built and re-built COUNTLESS machines, mobile apps, rooted phones before it was popular, and routinely modify programs to make them work better for me. So I kinda know what I’m talking about when it comes to anything with a processor.

The reason I don’t write any reviews is because I don’t think the average person is as obsessive and nit-picky about electronics as I am. I like the little “cool” features, and having products and abilities that other people don’t. It’s not arrogance; I just want to be different. Because of this, any review I write can be a little lengthy.

If you don’t care about the cool little things this phone can do, or just want to know if the front facing camera is good enough for Instagram, I’ll save you some time: It is. Now move along.

For all of those that are curious about what features this phone has that others don’t, like the shit you can BRAG about, AND you’re sick of the generalized reviews that don’t really tell you anything about OWNING it, then read on my friends.

I’ll start with the cool stuff and then get to the basic shit.

So my biggest bragging point about this phone is the “Moto” personal assistant. If you’re like me, when you first saw the “Cortana” feature on the Windows phone, you were like, “Hey…. I want that..” Well Windows ALMOST had me (and I’m a Windows fan-boy) with that single feature. It does things that neither Google Now nor Siri does; like set location based reminders and other trivial shit. I spent a couple of months hyping myself up enough to get over Windows phones pitfalls, and then I found the wonders of Moto. The list of what I can do with it is long and vulgar, so get ready:

Basically, Moto is like Google Now’s sexy secretary; Google does a lot of the work, but Google won’t listen to you if the door is shut, IE, the screen is off. Moto kicks that bitch in and passes along any instruction she can’t do herself. Yes. This phone will light up like a FUCKING RAINBOW whenever you call it by a SPECIAL NAME YOU GIVE IT. You can be boring and say “Ok Moto/Google/phone” or you can be BAD-ASS and say “WAKE UP MUTHA-FUCKA!” Samuel Jackson style, and your phone will wake up and wait for your instruction. Take THAT Siri! Anything that Moto can’t do on her own, like tell you where you last parked your car, will get sent straight to Google Now to figure out, after which she’ll tell you.

This phone is slim, sexy, and feels substantial in your hand. Not cheap and plastic-y like Samsung, (no offense) and not hollow and soul-less like the iPhone. It has a perfect balance of light weight and pleasant density that gives it a luxurious feel. It also has a very slight tapering curve to it on the backside that feels more natural in your hand, instead of feeling like a plank. The screen is amazing, but with phone screens nowadays, they all look the same unless they are REALLY shitty. Any difference you see between this phone’s screen, an iPhone, and a Samsung is either psychosomatic or due to the viewing environment. Or maybe you have electron microscopes for eyes?

Battery life is one of only two things I will bitch about with this phone; lasting me only around 14 hours. Granted, that is 14 hours of texting, video recording, taking random pictures of dumb shit, Huff-posting, Buzz-feeding, Vine-ing, streaming music, and using my GPS like I’m stranded at the fucking South Pole.

I use my phone like it’s an extension of my being, so it should last a solid day. It should get up, stay up, and recharge when I do. At 3am for around 45 minutes..

Call quality on this phone is epic. I called my boyfriend inside the car with the stereo blasting LOULDY (trying to be funny) and he couldn’t hear SHIT but for my voice. I was astonished. I kept asking, “You REALLY can’t hear ANY of that?!?!” to the point where I annoyed him. Sound out of the phone itself is pretty loud and bass-y as well. It doesn’t get as loud as Beats audio on the HTC M8, but it gets pretty damn close.

The camera is good. I say that as I tilt my head from side to side because the camera shoots some pretty good pictures, but that is one area where the iPhone and Samsung produce slightly better results. And I say slightly, because they have trade-offs as well, like color and white balance, lag between taking shots, etc. It’s all about lighting no matter what phone you use, and unless you’re trying to broadcast live to CNN, or win a Pulitzer for photography, this camera will be fine for you. Its fast, allows rapid fire, shoots slo-mo, ultra 4k HD, and has a flash that triple fires for a more natural lighting. You can edit videos to select certain parts for slo-mo, and take pictures while recording video. If you need to take phenomenal photos, then bring a real fucking camera.

It’s not ALL glitter and unicorns though. Aside from not-so-brag-worthy battery life, my only other quip with this phone is its lack of an expansion slot for a micro SD card. Especially more painful when I found out that Motorola rolled out a 64gb version of my phone 3 weeks after I bought mine. The only redeeming factor is that all of my music and files/photos are stored in the cloud via Google and Microsoft.

Also of note, that is either love or hate, is the fact that this phone does not have a notification light, like the little red/blue/green flashing thing that other phones have as an extra notification. The screen itself will fade in and out every 3 seconds with any new notification, in a very low power, limited pixel state that won’t drain battery. It will only do this if it is out of your pocket, thus sensing when you may ACTUALLY see that its trying to tell you something. Also, Motorola’s customer service is TOP NOTCH, right up there with Google (and they have the BEST customer service of any company I’ve EVER dealt with, so that’s saying something). They actually get shit done and keep in contact with you every step of the way. Motorola has clearly made a fan of me.

I hope this review was helpful, and as always, if you have any questions, just put them in the comment section and I will answer them within a couple of days or so!

Anyone over the age of 6 has experienced it: Laying eyes on someone that JUST HAS TO BE their soul-mate. You look at them and feel that immediate pang of attraction. Your heart skips a beat, your feet feel lighter, you quickly glance away so no-one sees you staring at them. Then your glance darts right back to them.

You decide to grow a backbone and walk over and maybe start a conversation. They look at you.. You play it coy and smile.. Surely, you two are meant to be, and he/she has a facebook that you can immediately begin to stalk, right?!?!? RIGHT?!?! Well here’s how to tell if that 30 second encounter has legitimacy to it..

That’s the basics of it. You’ll find out that the more you consciously pay attention to people’s body language, the more it will become second nature to you. The vast majority of our communication is done non-verbally, aka, body language. Better yet, the more you do it, the more accurate you will get, and the quicker you will be able to read people. Some of the clues I’ve outlined carry more “weight” than others, but they must still be taken in context of the environment. Don’t thin-slice your subject; remember that you’re looking at a big picture, not a small window. A good way of keeping track is to add 10 points to every positive body language read or “tell” that you got and subtract 10 for the opposite. Reach 100, and you’re good to go. With that, here are some tips and tricks.

I will add to this article as I think of more, and as always feel free to ask about anything. Happy hunting!

Categories of Shit I Made

A Tidbit About Me.. 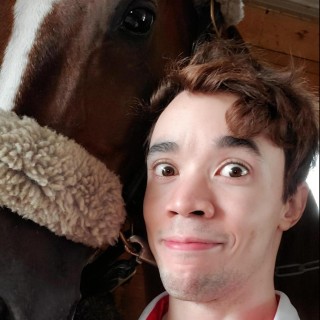 what my boyfriend wore

A Dandy's Diary About All Things Dapper

My blog is not based upon a specific topic or category. I enjoy writing creatively or just recalling my day. I love constructive criticism so please feel free to leave a comment. All I really am, is perfection in the making...

Diaries of a drunk (or drinking) boy.

what is it with your shoes?

The thing is, I really like my boyfriend. There is just this one little thing that drives me crazy. Every time he comes home, he puts his shoes in the middle of the hallway... See for yourself!

“We’re all fascinated with corruption, the more glamorous the better. ” ― Rick Owens